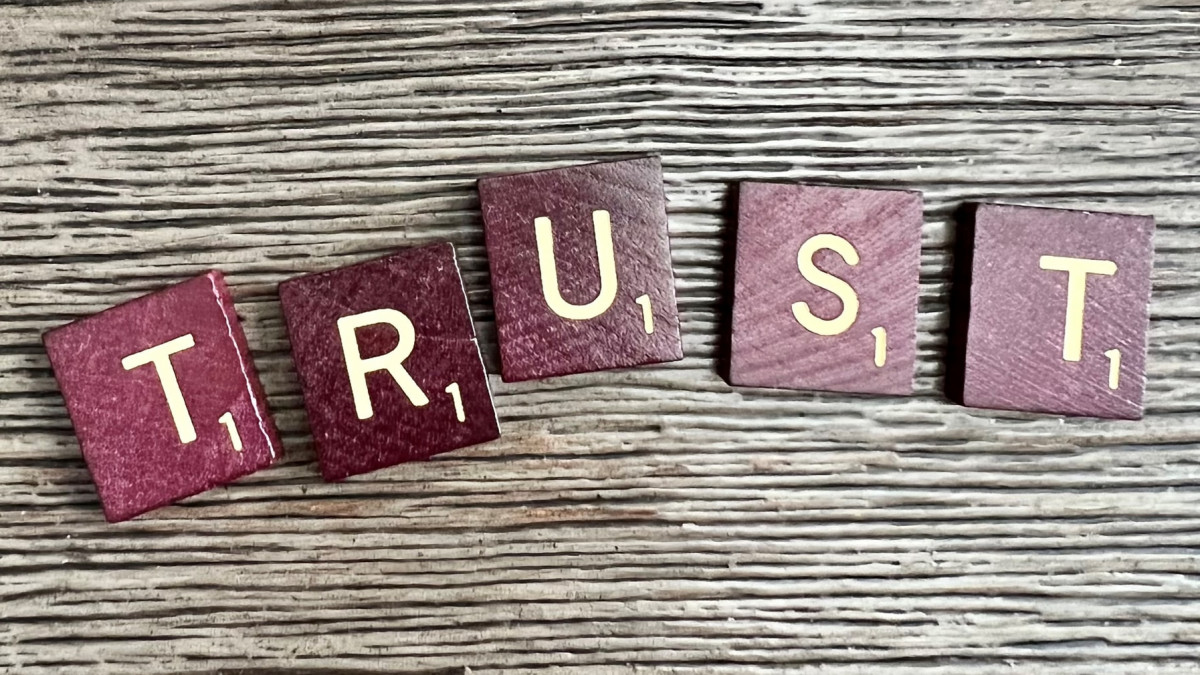 If you're normal, the biggest opportunity your team faces is trusting each other even more.

Until they can say anything to each other, and everybody can listen open-mindedly and never ever take offense - until you build your team up to that level, they will perform below their potential.

The most common obstacle is that the trust-building cycle of setting an expectation, and then meeting it, gets broken at the beginning because they never communicate clearly enough to set truly clear expectations. Worse, most people see the pattern and mis-identify it as being a performance problem. It's not.

Consider the experience of Pat the Performer, and her co-worker Late Nate.

Pat brought this up at a training I was leading (Nate wasn't there), on how to build more trust on teams. Participants were asked: "think of someone you wish you trusted more than you currently do, and rate them -- where '1' is low and '5' is high -- on the Four Elements of Trust:

We started with the first one -- which is where most trust starts to form or fail -- Reliability. "What would you like Nate to do differently, so you would have a better experience of him and his reliability?"

Pat's answer was instant: "I want him to be on time."

The Performance Trap - No Shared Definition

Those two definitions are mutually incompatible. And they are both true. Without more information, we cannot say which is the 'correct' definition for this team.

Even worse, as long as two people on a team have two definitions of "late" and "on time" in their heads, they can never learn to trust each other. Never.

Reliability is experienced when an Expectation is Set and Met.

You can never meet an expectation that is vague, ambiguous, or unclear. When the expectation is not clearly set, then no performance will ever be "right" for both parties.

What Pat and Nate were experiencing was not a performance problem. It was a communications problem.

She wanted weeds controlled alongside the building -- she wanted cardboard laid over the entire area, with straw and eventually mulch over it. The biodegradable cardboard would smother the existing weeds (and their roots and seeds) and turn them into mulch, before disintegrating in a few weeks and becoming more mulch.

So I did what I thought I was supposed to do. I laid the cardboard over the top of the weeds, distributed the straw over the top, and proudly showed her my result.

Turns out, she expected me to pull up most of the weeds first, and she expected the cardboard to by lying flat, not in lumps over the intact weeds. (You gardeners are all equally appalled with my performance, no doubt.)

What was she expecting? Adequate results.

Who failed to clearly set expectations? Both of us -- mostly me. Because I'm the service provider, the burden is on me to set the expectation of what I would deliver, or ask for enough detail to know what the client expected. And because I'm the one trained in this type of communication, I was the one who knew better.

Afterward, I realized I had attempted to purchase goodwill by saying "yes" to an unclear request. It's fine to say "yes" early -- you just have to follow up with clarifications until you both know exactly what's going to happen.

When we say "yes" too quickly, we can be setting ourselves up for failure.

Had I clarified what my landlord expected, I would have said "no" -- and her disappointment would have been far, far smaller, and I would not have damaged our relationship.

The "yes" said too quickly, without enough followup on the details and setting accurate expectations, is a recipe for disaster.

The story of Pat and Nate ends happily. Nate actually confronted Pat with: "Do you have a problem with me?" That surfaced the issue of what 'late' and 'on time' meant to each of them.

Once they realized they had different expectations of their performance, they started to build a shared expectation.

"Nate's been on time every day this week," Pat told me.

How are your teammates leaving you feeling let down? Leave me a comment, or email me at tom@tomonleadership.com

Photo by Ronda Dorsey on Unsplash